A yoga teacher whose stomach became so distended it ‘looked like she was pregnant’ reveals how doctors discovered the symptom was caused by her ovary and bowel ‘fusing to her pelvic wall’.

Rebecca Bruce-Radcliffe, 28, from Carlisle, tried for years to find out why she had a mysterious, ever-worsening ache in her pelvis, causing ‘unbearable pain’.

She was rushed to hospital in October with severe bleeding and passed ‘egg-sized’ blood clots. It was then doctors found her internal organs had fused together.

A yoga teacher whose stomach became so distended it ‘looked like she was pregnant’ reveals how doctors discovered the symptom was caused by her ovary and bowel ‘fusing to her pelvic wall’. Pictured: The yoga teacher in hospital having her organs surgically separated 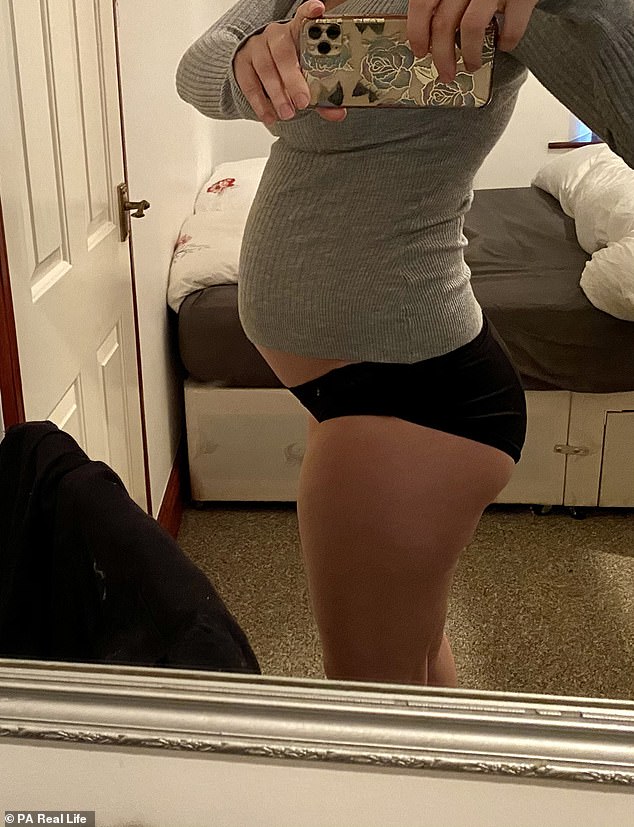 Pictured: The 28-year-old’s stomach distended due to pelvic inflammation. It would remain like this for ‘weeks’ at a time before the condition was diagnosed 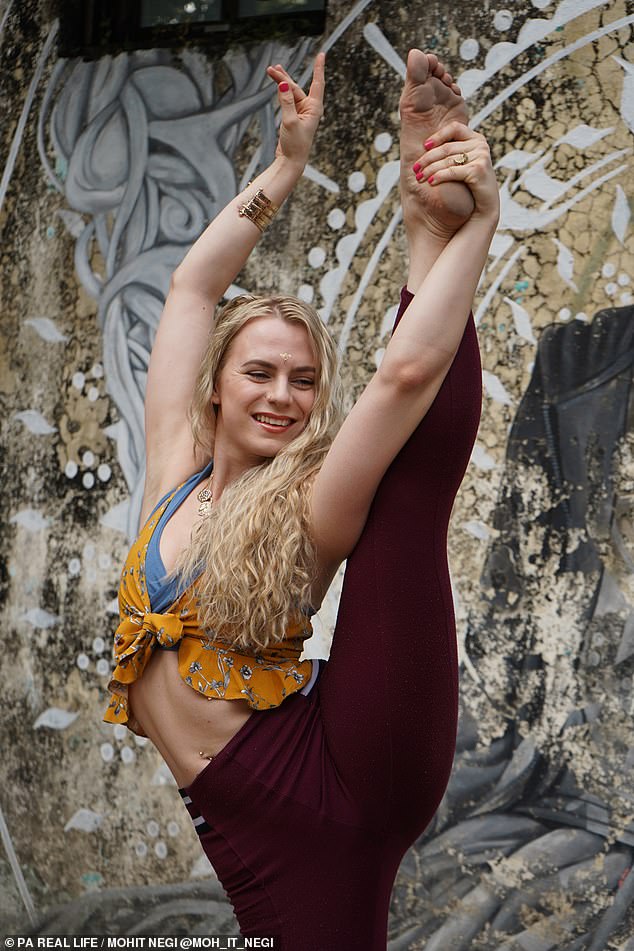 Having always been extremely healthy and fit, Nartani from Carlisle, Cumbria, became a vinyasa, hatha and yin yoga teacher in 2016. Pictured before the diagnosis

Rebecca, who is known as Nartani Rose, is still recovering but is relieved to finally have a reason for her suffering and to know it was not ‘in her head.’

Taking up yoga aged 21, Nartani had always been extremely fit and healthy.

She completed her training to become a vinyasa, hatha and yin yoga teacher in 2016, aged 24 and began incorporating dance into her classes.

That June, Nartani began suffering from unexplained pelvic pain and inflammation, which she felt sure was not digestive or menstrual cramps.

Nartani said: ‘My belly was inflamed and swollen – it looked like I was pregnant.’

But the source of her problems had doctors baffled.

‘I had countless appointments, scans and internal examinations with gynaecologists, and appointments with gastroenterologists,’ she said. 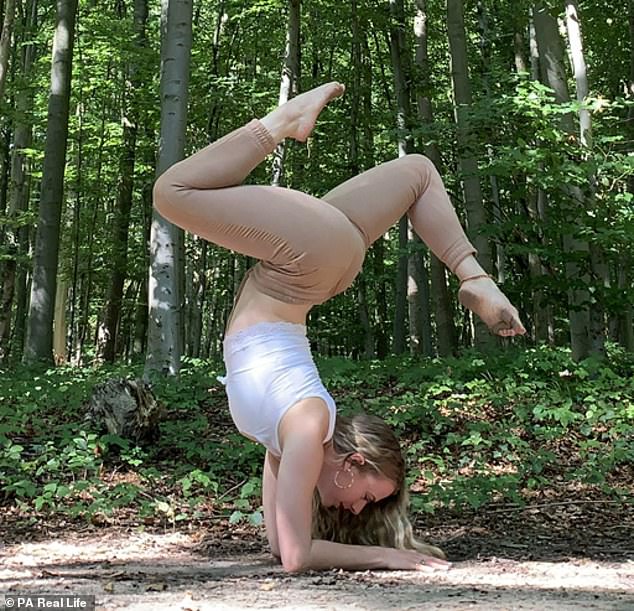 Nartani (pictured) admits she started to wonder if her symptoms were just in her head, as doctors struggled for answers

‘No doctor could diagnose me and I just kept hearing, ‘Well we couldn’t find anything. I started to think it could be all in my head.’

Despite her worries, Nartani pursued her dreams and went travelling in India and America where she taught dance and yoga.

She managed to cope with her symptoms, although the pain was getting ‘worse and worse’ over time.

In March this year, when the coronavirus pandemic hit, Nartani returned to her hometown in the UK to avoid being stranded in India.

She stayed with a family member before moving into a rented house with her new boyfriend Ryan, 24, who is currently visiting from California. 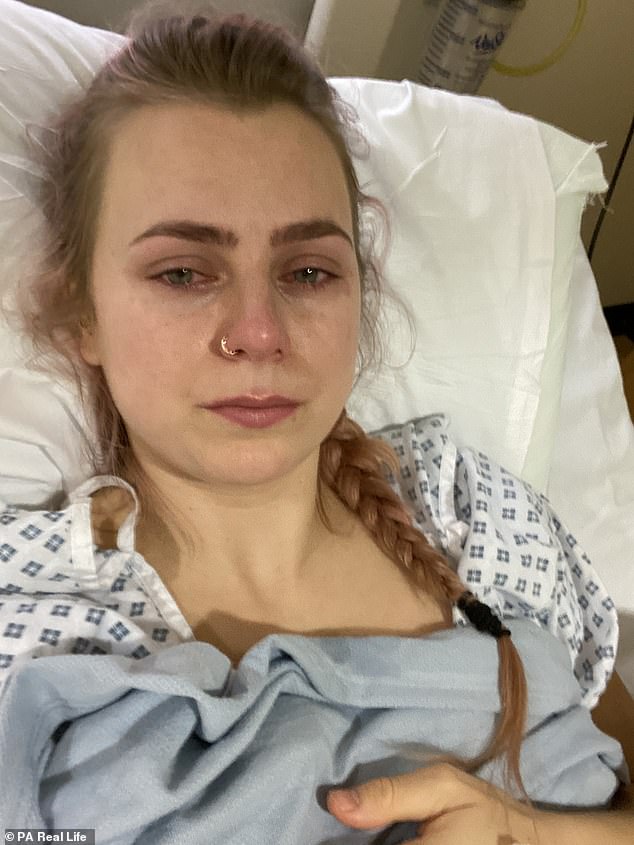 What doing 30 days of yoga taught me about my mental, physical health – Health News…