A nutritionist has ranked the popular weight loss diets from best to worst.

Sophie Scott, the head nutrition trainer of FIAFitnation, rated five diets – including the trendy keto and the modern-day ‘caveman’ eating style – on a scale of one to 10.

She examined Mediterranean, intermittent fasting, CSIRO, paleo and keto to see which diets actually work and the ones that don’t.

‘An analysis of popular diets shows that restrictive diets are generally ineffective in the long term because when food is suddenly limited, energy expenditure is reduced and when people become less active, energy use in cells is slowed, which can limit weight loss,’ she explained.

‘Increased hunger also ensues, so that once the restriction ends, more food is eaten than prior to the restriction until the earlier weight is attained. Dieting is also the number one risk factor for developing an eating disorder.

‘While dieting will always be popular, the cornerstones of good health should always be exercise (at least half an hour per day) and a varied diet full of whole, unprocessed foods, as well as the occasional treat.’ 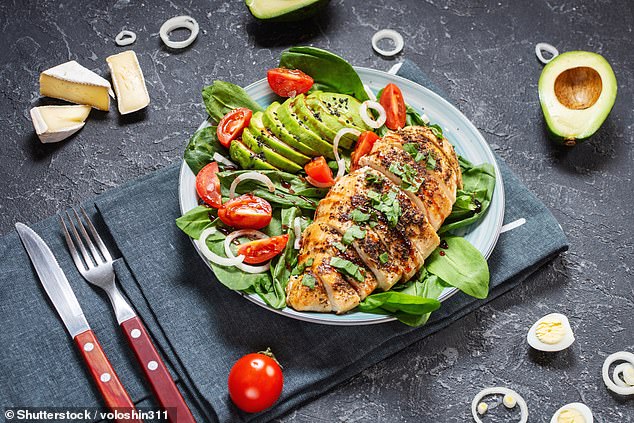 The ketogenic diet is a low carb, high fat diet that has gained popularity as a weight loss diet over the past five years. It focuses on cutting out carbohydrates but filling up on fatty foods to lose weight (stock image)

What you need to know about the keto diet

The ketogenic diet is a low carb, high fat diet that has gained popularity as a weight loss diet over the past five years.

It focuses on cutting out carbohydrates but filling up on fatty foods to lose weight.

‘Keto forces the body to use fat (or more specifically, ketones) as the main fuel source instead of glucose,’ Sophie explained.

‘Carbohydrates are severely restricted to around 50g per day (equivalent to two slices of bread and a banana) and fat constitutes 70 per cent of this diet.’

According to the Dietitian’s Association of Australia, keto diet isn’t recommended for the general population as the long-term efficacy and safety of the diet are unknown, having only been studied in the short-term. 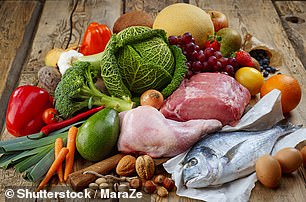 Paleo, or the ‘caveman diet’, mimics the foods eaten by our hunter-gatherer ancestors

Known as the ‘caveman diet’ that mimic the foods eaten by our ‘hunter-gatherer ancestors’, Paleo…

A cup of tea or hot cocoa is good for your brain, according…